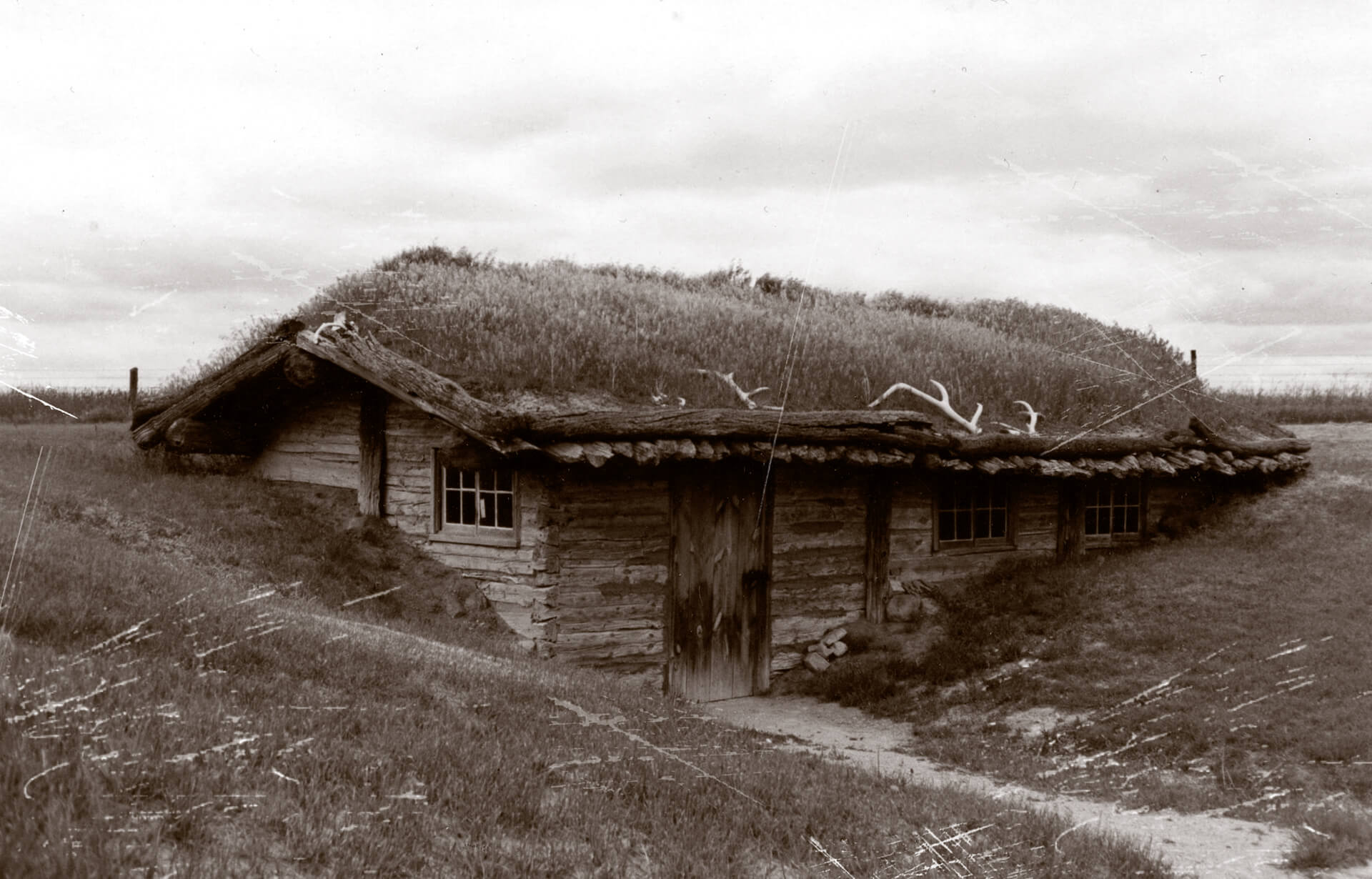 The Museum of the Fur Trade is located on the James Bordeaux trading post, which has become an important historical site over the years. The trading post was established in the fall of 1837 as a site for the American Fur Company to conduct business with American Indians who spent their winters in the area. Bordeaux was appointed the post manager of the trading site, which he upheld until the army bought the neighboring Fort Laramie from the company and made it into a military post.

After leaving his position as manager of the trading post in 1849, Bordeaux prospered and eventually operated a store and ranch near Fort Laramie and a stock ranch on Chugwater Creek in Wyoming. Bordeaux’s son, Louis, often ran the Bordeaux Creek post in later years.

After the Civil War, conditions on the Northern Plains were unsettled and trade often degenerated into the supplying of contraband arms to Indians resisting government efforts to force them onto reservations. In 1872, Jim Bordeaux abandoned his western interests and moved to Fort Randall on the Missouri, where he had several government contracts to supply hay, firewood and other services to the army. He died of pneumonia in 1878 at 64 years of age.

Immediately after Bordeaux left, Francis Boucher, son-in-law of Spotted Tail, head chief of the Brule Sioux, occupied the post on Bordeaux Creek. Probably with the tacit support of Spotted Tail, Boucher, known as “Bushy” to the Indians, played a dangerous game of smuggling arms and ammunition to the warriors valiantly fighting against the army. 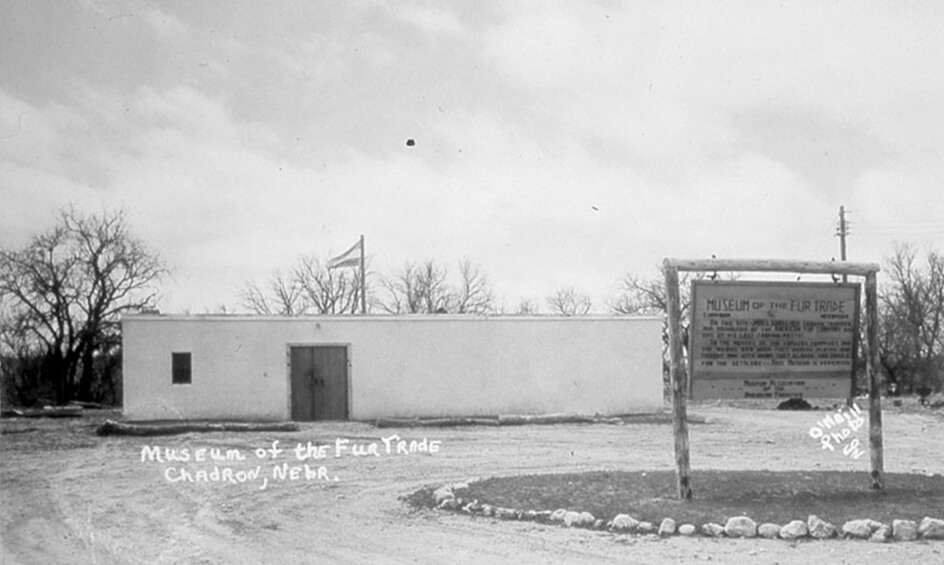 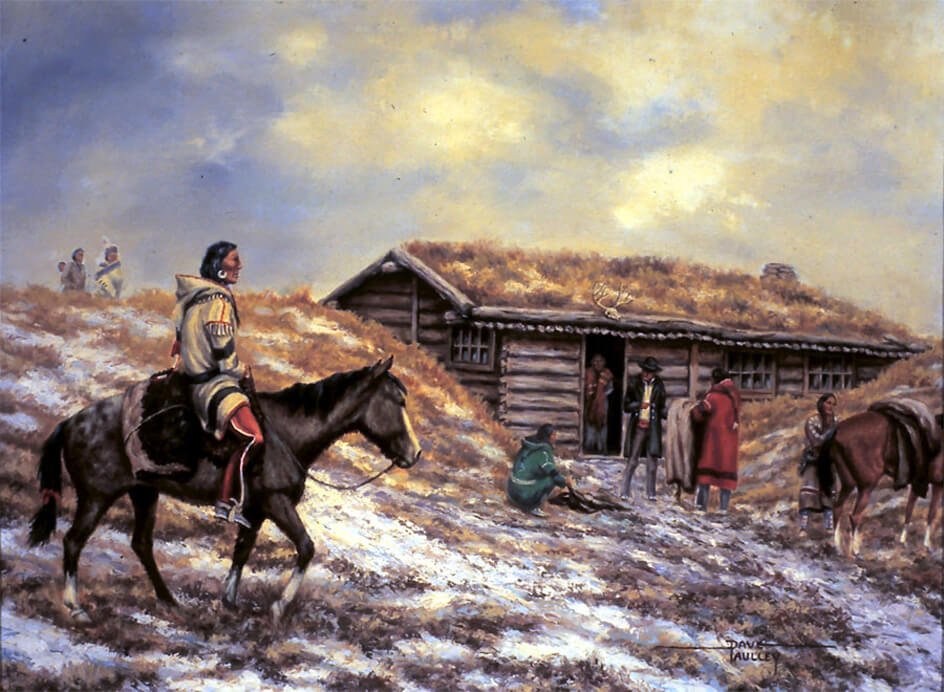 Finally, in August 1876, army troopers caught Boucher with 40,000 rounds of ammunition and put him out of business. The post on Bordeaux Creek fell into ruins by the time the railroad and the first homesteaders reached Pine Ridge in 1885.

The trading post was reconstructed on its original foundation stones in 1956 and formally opened to the public later that year.

Although the walls and the stumps of the upright supports were clearly revealed during the excavations, all wood components of the structures had deteriorated beyond any possibility of reuse. Early settlers had even removed the easily accessible stones from the chimney. However, the hearthstones of the fireplace and the threshold stones in the entry are the original ones laid down in 1837. The walls, of hand-hewn native timber, follow the exact alignment of the originals, and all supporting uprights are sized to match the originals and are reset in the original postholes. 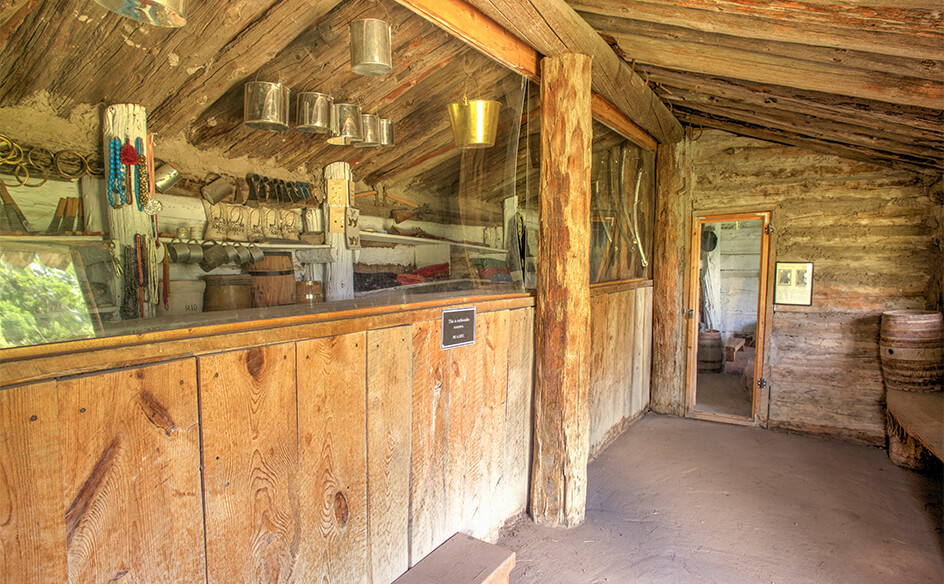 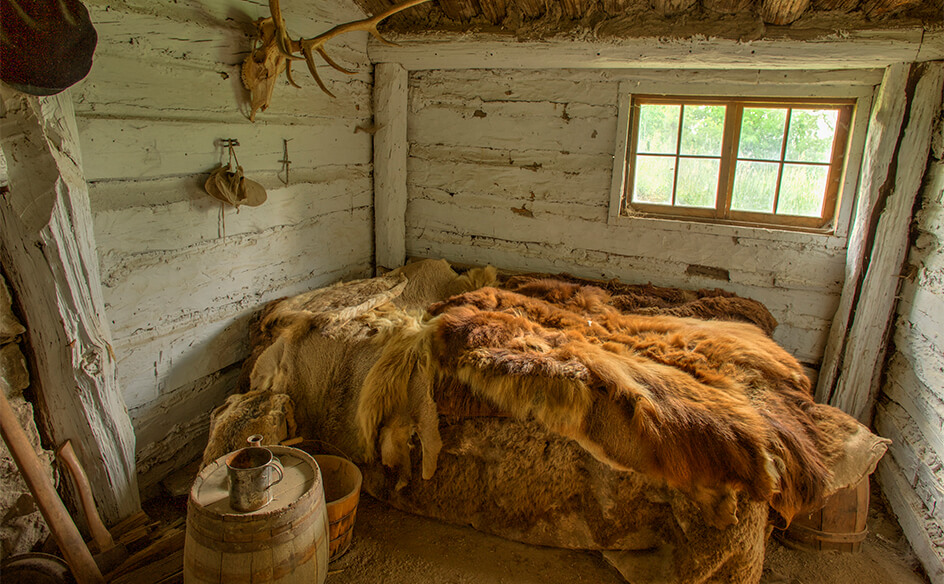 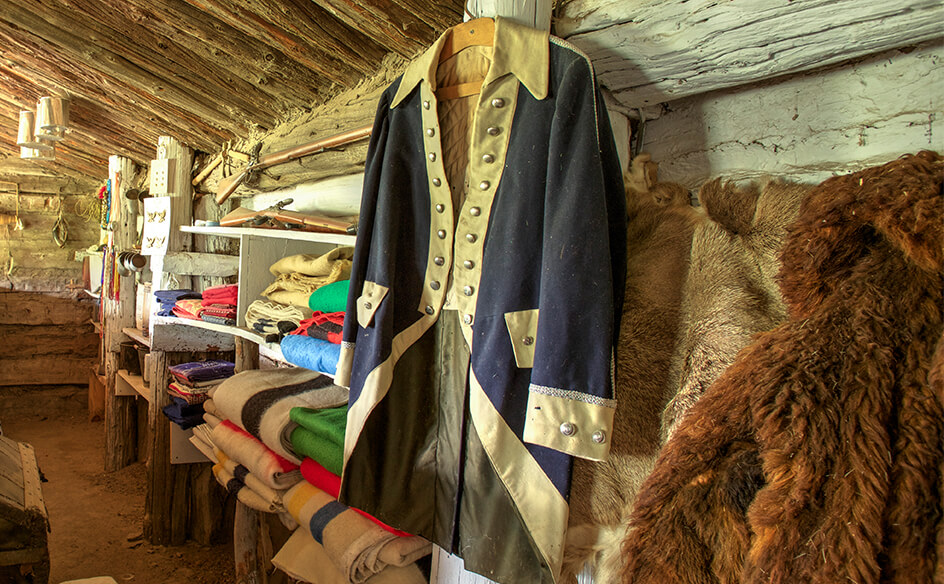 The reconstruction was so painstaking that the James Bordeaux Trading Post is included in the National Register of Historic Places, a rare honor for any rebuilt structure. Pay a visit to Museum of the Fur Trade to experience this historical site and take a step back in time.